When God created the man and the woman, His plan for them was to “be fruitful and multiply, and fill the earth” (Genesis 1:28). There was just one man and one woman who were to fill the whole earth. Obviously, this couldn’t happen in a day or a year or even in one hundred years.

When God created the man and the woman, His plan for them was to “be fruitful and multiply, and fill the earth” (Genesis 1:28). There was just one man and one woman who were to fill the whole earth. Obviously, this couldn’t happen in a day or a year or even in one hundred years. I believe God’s plan was for the man and the woman to live forever: Fill the earth first and then do other things. If He had such a grand purpose for them as filling the whole earth, why should we doubt His ability to conceive of greater purposes? 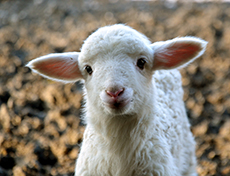 Death is mentioned for the first time as a warning, not a fact: “From any tree of the garden you may eat freely; but from the tree of the knowledge of good and evil you shall not eat, for in the day that you eat from it you shall surely die” (Gen. 2:16, 17). Man was not born to die; he was born to live. However, Eve and Adam ate from the tree of knowledge of good and evil and they died. Not immediately, though. Why? Why didn’t they die immediately? If God had no other plan for them but death, wouldn’t it have been more logical for them to die immediately? The fact that they didn’t die immediately means that He had something else in store for them apart from death.
Well, Adam and Eve didn’t die immediately, but they hid immediately when “they heard the sound of the LORD God” (Gen. 3:8) and were not going to approach Him on their own had He not called to them. He called to them and talked to them and as a result of this talk they were clothed in comfortable garments of skin instead of the prickly fig leaves they had clad themselves with. If He wanted them just to die, why would He do that? He could even have killed them, not just let them die. But He didn’t. However, He did kill a living thing in order to clothe them – the animal whose skin He used to make garments for them.
That was the first death in the Garden of Eden. I believe the animal was not born to die either. Nothing in that Garden was created so as to die. The animal didn’t die by itself. God had to kill it. And He killed it for a purpose: To solve a problem that man hadn’t solved adequately. Nakedness wasn’t a problem before Eve and Adam knew good and evil; it became a problem after they knew them. And they weren’t able to solve it; but God was: Through death. The animal died, but they lived. I believe Adam and Eve watched that death. And I believe they suffered. Adam was the one who had given the animal a name. In order to do so, he must have got to know it well. The longer you know something, the harder it is to separate from it. And in the Garden of Eden there was no hatred – only love. God must have suffered too for He was the One who had designed and created it. Now He had to kill one of His own creations in order to solve a problem of another of His own creation.
By doing this He wanted to show them something. What did He want to show them? That He cared. And He cared so deeply that He was ready to sacrifice the life of one of His own creation. Their disobeying God’s warning wasn’t something simple and easy to solve. It cost the life of another living being. They might have only heard of death before, but now they witnessed it.
What if God hadn’t killed that animal to make garments for them? What would that have meant? I believe that would have meant that He didn’t care or that He had chosen to leave them to themselves and bear the consequences of their own decision.
But He didn’t. He stepped in and did something and what He did made them feel comfortable and unashamed. He continued being part of their life. He continues being part of our life too. Any time we do something that makes us hid away from Him, He is there to call, “Where are you” (Gen. 3:9)? We may stay where we are, sewing our own garments to cover our nakedness, or we may go out to Him and expose our nakedness for Him to cover watching the death of the only Lamb without blemish that was born to die so that we can live.