“For truly I tell you, until heaven and earth disappear, not the smallest letter, not the least stroke of a pen, will by any means disappear from the Law until everything is accomplished” (Matthew 5:18). “The LORD is compassionate and gracious, slow to anger, abounding in love.

“For truly I tell you, until heaven and earth disappear, not the smallest letter, not the least stroke of a pen, will by any means disappear from the Law until everything is accomplished” (Matthew 5:18).

“The Lord is compassionate and gracious, slow to anger, abounding in love.
He will not always accuse, nor will he harbor his anger forever;
he does not treat us as our sins deserve or repay us according to our iniquities” (Psalm 103:8-10).

“Blessed are those who act justly,who always do what is right” (Psalm 106:3).

Like all other things in this world, authority can be imitated. However, all real things can be distinguished from their imitations by what they are and what they do. Authority, as I understand it, is power entrusted. It is measured by the effect a planned action has on the planner and those involved in the plan.
Real authority belongs to God and He entrusts it to us to different degrees depending on how we use it. The better the use (according to God’s standards), the greater the power we are entrusted. The greater the abuse, the lesser the power we are granted to use. 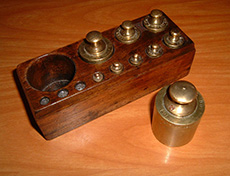 In this aspect, authority is not always equal to high rank and big wealth, although it is always equal to good name and respect. Any time we misuse or abuse our authority we ruin our reputation and lose trustworthiness. Any time we make proper use of it we earn esteem and gain credibility.
Everyone has some degree of authority. We plan most of our actions every day, we say them to those around us, and we do them either alone or with their help. If we say differently from what we plan or if we do differently from what we say, we lie and we cannot be trusted, because we do not use what we have been entrusted. I believe that when we plan, we take from God’s “all-thing database”. Nothing outside it can be true and pure, because it cannot stay so without God’s sustaining power. If this wasn’t so, our world would only be good. But it is.
Thinking along these lines, pure authority is absolute compliance between thoughts, words and deeds. It is when we make full use of this “three-stage process” that we can expect best results. Then we can be entrusted with the next portion of responsibilities.
I don’t know about you, but I can never achieve 100% compliance between what I think, say and do. I try to, but I can’t. Also, I don’t know anybody who can. I want to be like that and I want all other people to be like that, but we aren’t. I believe that only God is like that. Only He says exactly as He thinks and does exactly as He says, fulfilling all His plans. The very existence of the world is a proof of that. Had He not been true in any of these three stages, the world would not exist. For Him saying is equal to doing.
This is wonderful. And we all love it. We all look forward to the fulfilment of His incredible promises that have been written down in the Scriptures. But we don’t feel so wonderful when it comes to His warnings and not wonderful at all when it comes to His punishments. We think that they will not happen. Because we don’t like them, we think we will avoid them. It may sound illogical, but it is true.
Another reason for our disbelief is our own nature. Because we are prone to compromise, we think that God is likewise prone to compromise. We often call this mercy. And, yes, God is merciful. Was He not merciful, we should stop to exist the moment we conceived an erroneous thought. But we are still here and we are still alive. Therefore, God is merciful. Being merciful is part of His authority. It should be part of our authority, too. However, when the authority of His words is questioned, I don’t believe He will compromise. He will do what He said He would do ─ both the promises and the punishments ─ in His time and way.
Meanwhile, we will continue to live under His authority which has the power to destroy us, but doesn’t, because He is not only merciful, but also loving and patient. Love and patience go hand in hand with long-suffering. I believe God suffers every time we commit a sin through a word, a thought or a deed. True authority suffers for others and in doing so acts as a servant rather than a master making itself indispensable to them and gaining itself a worth which cannot be gained in any other way. This is also one of the expressions of love. Love, patience and mercy are probably the main “bridles” which constrain God’s anger so that He doesn’t exercise His power to the full but waits till the whole of His plan is fulfilled. Power controlled, power exercised with patience, mercy and love, power compliant with truth, are some of the features that comprise true authority making it impossible to imitate. It is not easy either to have it or to do it, but when it is used in the proper way it gives true meaning to life and a change of character which stays with us forever.